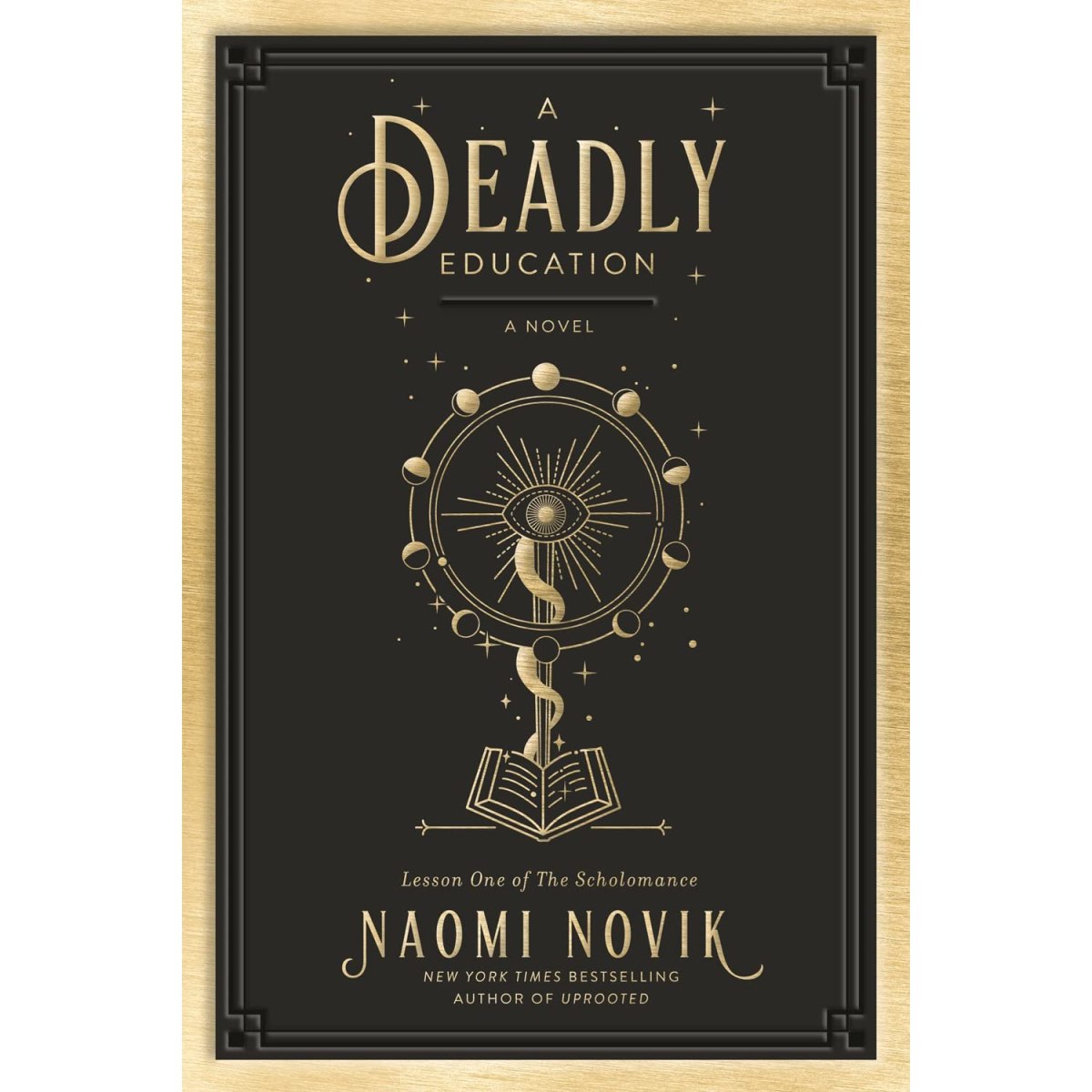 A Deadly Education by Naomi Novik is the first book in a new fantasy series.

The Scholomance is a school for magically gifted children to learn their craft before evil attacks. But a school full of delicious, powerful children is also the perfect gathering spot for monsters looking for a quick snack.

To survive the Scholomance and graduate into a relatively safe environment one must be vigilant, alert and never go anywhere alone. Easier said than done for El, whose mere presence seems to bring with it a dark malice. It’s hard to make friends when your magical affinity is for mass destruction.

Fortunately for El, she is powerful enough that she doesn’t need allies. She could blast her way through graduation easily enough, the only problem is… she has a conscious and doesn’t really want to kill her entire graduating class along with the horde of monsters they need to get through.

Will El make it through graduation without going dark? And if she chooses to be “good,” will she make it out at all?

Honestly, Naomi Novik can do no wrong in my opinion. Which may make this review biased but I just love all of her books and her writing style. So fun and inventive and I just love these worlds that she builds. I’m honestly surprised her name isn’t out there even more than it already is.

A Deadly Education is basically this dark, cutthroat, Harry Potter-esq (because lets face it, we can no longer have a magical school without mentioning HP) fantasy, where kids do what they have to do to get out alive. And that is just awesome. I definitely like my fantasy to be on the darker side but not so awful that it over shines the more magical elements.

I thought the character building was great here too. We get a pretty good picture of El and then we get these great little tid-bits about Orion, Lu and the others. And by the end, we are starting to find out that there are some big secrets that are going to come in to play by the end of the series, which is a good build up for the next book.

Overall, this was a fun listen and I literally did not want to turn off my audio book for the few days it took me to finish. This one gets 5 stars from me.